"Welcome to a new world of gods and monsters."
―Dr. Henry Jekyll[src]

The Mummy is a 2017 action-adventure horror film, and the first installment in the Dark Universe. Directed by Alex Kurtzman,[1] The Mummy stars Tom Cruise,[1] Sofia Boutella,[1] Annabelle Wallis,[3] Jake Johnson,[4] Courtney B. Vance,[5] and Russell Crowe.[1][6]

The Mummy premiered on May 22, 2017 at the State Theatre in Sydney, Australia and was released in the United States on June 9, 2017. Upon release, The Mummy garnered mostly negative reviews and eight nominations at the 38th Golden Raspberry Awards,[7] winning Worst Actor.[8]

Thought safely entombed deep beneath the desert, an ancient princess whose destiny was unjustly taken from her is awakened in our current day. Her malevolence has grown over millennia and with it come terrors that defy human comprehension.[9]

5000 years ago, Princess Ahmanet was promised by her father King Menehptre that she would inherit his throne upon his death. However, when Menehptre bore a son, this left Ahmanet, a woman, ineligible to claim the throne. Ahmanet summoned the Egyptian god of death, Set, in a blood ritual that involved her killing Menehptre as well as her infant brother. The blood of her family gave Ahmanet incredible power, and Ahmanet promised Set that she would give him the body of a mortal man to inhabit, so that they may rule the world as king and queen. However, as she prepared to sacrifice her lover, Ahmanet's actions were discovered by the temple priests, her lover was executed, and she was mummified alive, assumed dead for 5000 years.

In 2017, Nick Morton and Chris Vail, armed with a map, prepare to look for treasure in the city of Mosul, Iraq, so that they may sell it on the black market. Vail, however, believes the mission to be too dangerous. He and Morton argue about whether or not they should go into the city, given that it is full of militants and that the "treasure" was a curse. Eventually, Morton convinces Vail to tag along, although both regret it when they come into contact with and are forced to fight the militants. The duo are rescued by an airstrike called in by Vail, and are forced to explain to their superior Colonel Greenway why they are so far away from where they were supposed to be. Morton is also confronted by Jennifer Halsey, whose map he stole. However, their argument is interrupted when the group discovers an Ancient Egyptian tomb in the sand.

Greenway orders the three to investigate the tomb. While inside, the group discovers a stone sarcophagus. When the sarcophagus comes into view, Morton receives visions of the person inside, Ahmanet, but Halsey snaps him out of it. As the three unload the sarcophagus per Greenway's orders, Vail is bitten by a camel spider and, freaked out, begins shooting until Morton tells him that camel spiders are non-poisonous. The three load the sarcophagus onto a military plane, barely beating out a sandstorm. As Halsey examines the hieroglyphics on the side of the sarcophagus, Vail (who had been possessed by Ahmanet) begins to tamper with the sarcophagus. When Greenway commands Vail to stop, Vail stabs Greenway in the chest twice, killing him. Vail tries to kill the others on the plane as well, but Morton shoots Vail dead.

Immediately after Vail's death, a murder of crows flies into the plane, killing the pilots and causing the plane to start to crash. A hole appears in the side of the plane, sucking out all of the military personnel, leaving just Morton and Halsey on the plane. Morton unknowingly gives Halsey the last parachute before the plane crashes, with Morton still on it, in England. Halsey is left the only survivor.

Halsey goes to the morgue the next day to identify the bodies, only to see a naked Morton, who is still alive. Halsey takes Morton to a bar, where Morton sees the ghost of Vail. Morton goes to the bathroom to talk to Vail, who reveals that Morton has had a curse placed on him by Ahmanet and that she has chosen him to be her sacrifice to Set. Morton escapes into a nearby alley, where he encounters Ahmanet, who had absorbed two emergency workers investigating the crash site and turned them into undead minions. Ahmanet captures Morton and attempts to sacrifice him using the Dagger of Set, only to realize that the ruby that powers the Dagger is missing. Halsey attempts to save Morton, but Ahmanet chases them until she and Morton are captured by Prodigium.

As Ahmanet has mercury pumped into her bloodstream and frozen, Morton is taken to the leader of Prodigium, Dr. Henry Jekyll. There, Jekyll reveals that Halsey had been working for Prodigium the entire time, and that Prodigium intends to finish Ahmanet's ritual and then destroy Set while in Morton's body, killing Set for good. Morton tries to rebel, but Jekyll, who had forgotten to take the serum that represses his dark alter ego Edward Hyde, slowly transforms into Hyde and starts beating Morton to a pulp. Morton is able to defeat Hyde as Ahmanet escapes from Prodigium Headquarters and begins destroying London.

Morton and Halsey escape into the Crossrail, where the Prodigium agents stationed there are slaughtered by Ahmanet's undead. Ahmanet finds the ruby for the Dagger of Set before drowning Halsey in an attempt to get Morton to submit to her. Morton, despite being nearly killed by Ahmanet, manages to get the Dagger away from Ahmanet before stabbing himself in the stomach, fusing with Set. Now imbued with Set's powers, Morton absorbs Ahmanet's life energy, turning her into a shriveled mummy, before resurrecting Halsey and running away, believing his newfound powers to be dangerous.

As Ahmanet's corpse is taken into Prodigium's custody, Halsey and Jekyll discuss whether or not Morton will succumb to Set's dark impulses. Morton resurrects Vail, and the two set off on more adventures.

Universal Pictures first announced plans for a reboot of the Mummy films starring Brendan Fraser in 2012,[11] which would be set in the modern day.[12]

The Mummy was released in the United States on June 9, 2017.

Upon release, The Mummy received mostly negative reviews. On the review aggregator site Rotten Tomatoes, the film has a 15% "Rotten" rating; the site's critical consensus reads, "Lacking the campy fun of the franchise's most recent entries and failing to deliver many monster-movie thrills, The Mummy suggests a speedy unraveling for the Dark Universe."[13]

Matthew Rozsa of Salon.com writes, "It feels less like a movie than a series of compromises worked out by a corporate committee."[14] Peter Rainer of the Christian Science Monitor writes, "Alex Kurtzman's The Mummy reboots a franchise I would gladly have dispensed with from the start."[15] David Sims of The Atlantic writes, "As the beginning of an ongoing series, it's an utter bore, one with only the faintest grasp of what made Universal's monster pictures so iconic all those decades ago."[16]

Thelma Adams of the New York Observer writes, "You only have to watch the trailer to know that Producer-Director Alex Kurtzman's reboot of Brendan Fraser's once-charming mummy movies is full of embalming fluid."[17] Alison Willmore of BuzzFeed News writes, "The Mummy promises a fantastical world of supernatural beings colliding and collaborating, forgetting that if no one cares about any one of these beings in particular, they're not going to be sold on seeing them together, either."[18] Brian Lowry of CNN.com writes, "The Mummy is a mess, a movie in such a hurry to introduce more monsters under Universal's "Dark Universe" banner that it comes awkwardly wrapped in impenetrable layers of exposition."[19] 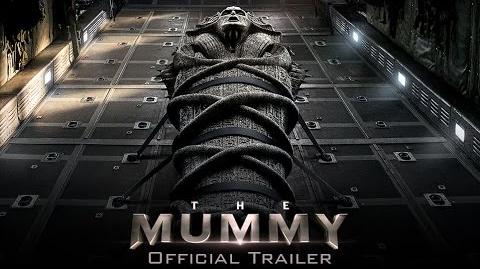 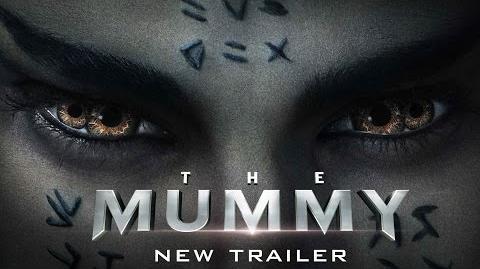 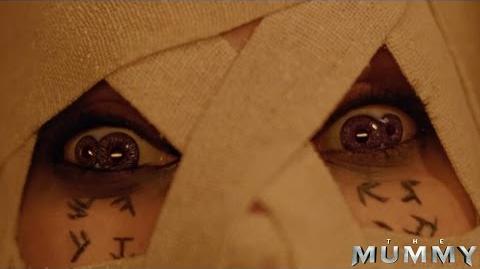 The Dark Universe Wiki has a collection of images and media related to The Mummy.

Retrieved from "https://dark-universe-universal-monsters.fandom.com/wiki/The_Mummy?oldid=4668"
Community content is available under CC-BY-SA unless otherwise noted.